The design, installation, and maintenance of septic systems is highly regulated by the Health Department.

There is a rule here in King County that says that only a licensed septic designer is allowed to design a septic system.  I did not know about that rule until after I had figured out a design, so I had to send my design to a licensed designer who was able to review my design notes and make it into an official design.  It actually took two passes at this because the initial design was just for handling the first phase of construction rather than the full house that turned out to needed the complete new tank set.  The following email from the inspector to the licensed designer explains the change in plan... 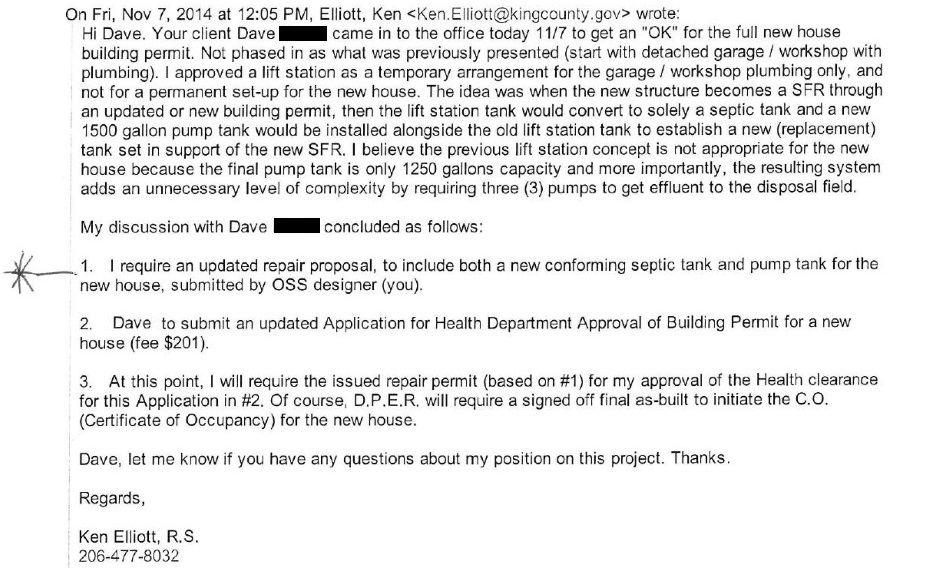 The septic design guy in Washington State that I used is...

You need to take the design after it has been stamped by the licensed septic designer and submit it to the health department along with a set of filled in forms.  You need to pay a fee (something like $500) to have them review the proposal.  The health department will likely also want to see yearly inspection records for the existing septic system if there is one.  For the annual inspections I used...

A further catch is that you are not actually allowed to do the work yourself.  The health department will only issue the permit to a licensed septic installer (ie someone on the King County list).  Furthermore even if the Licensed Septic *Designer* is also on the approved list of Licensed Septic *Installers* he cannot carry out the work because the same guy is not allowed to be both the designer and the installer for the project.  I chose the following company for doing the installation work (with me in practice doing much of the work under their supervision)...

The following docs, together with a map to show the inspector how to get to the site, made up my re-submission to the local health department for the all new tank set design.  Also the proposed design is required to be sent direct from the Licensed Septic Designer to the King County Health Department.  The docs below are shown in their signed approved form. 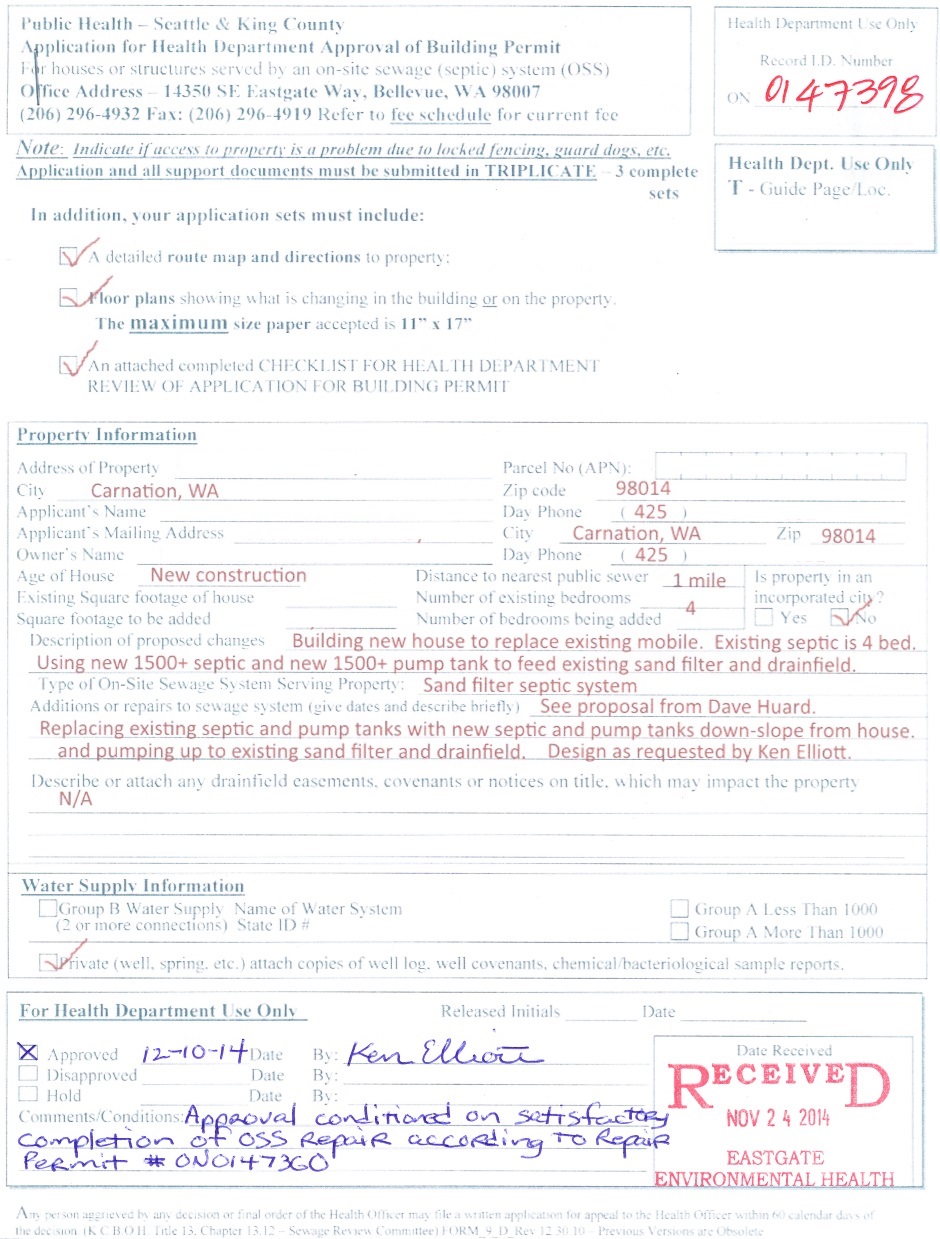 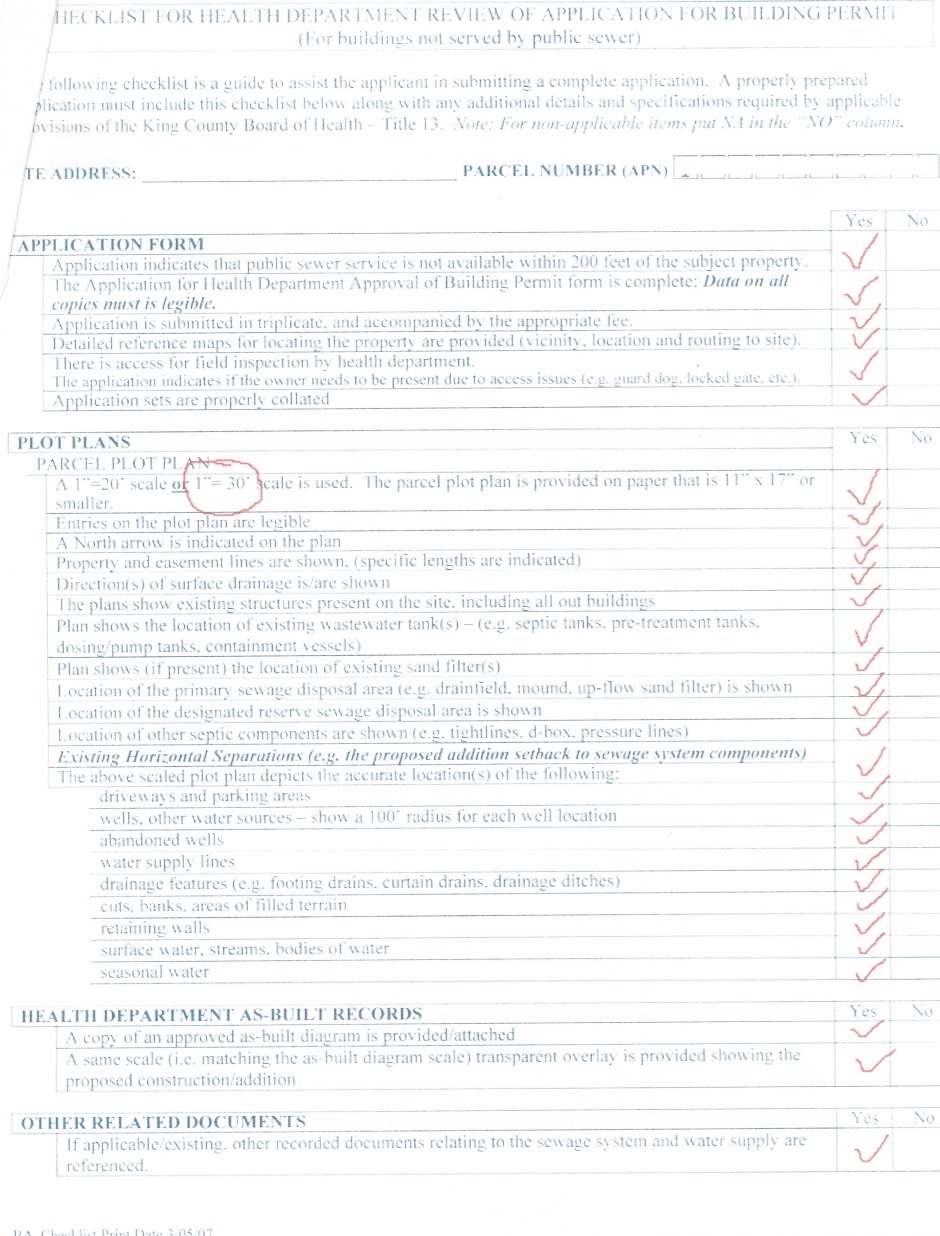 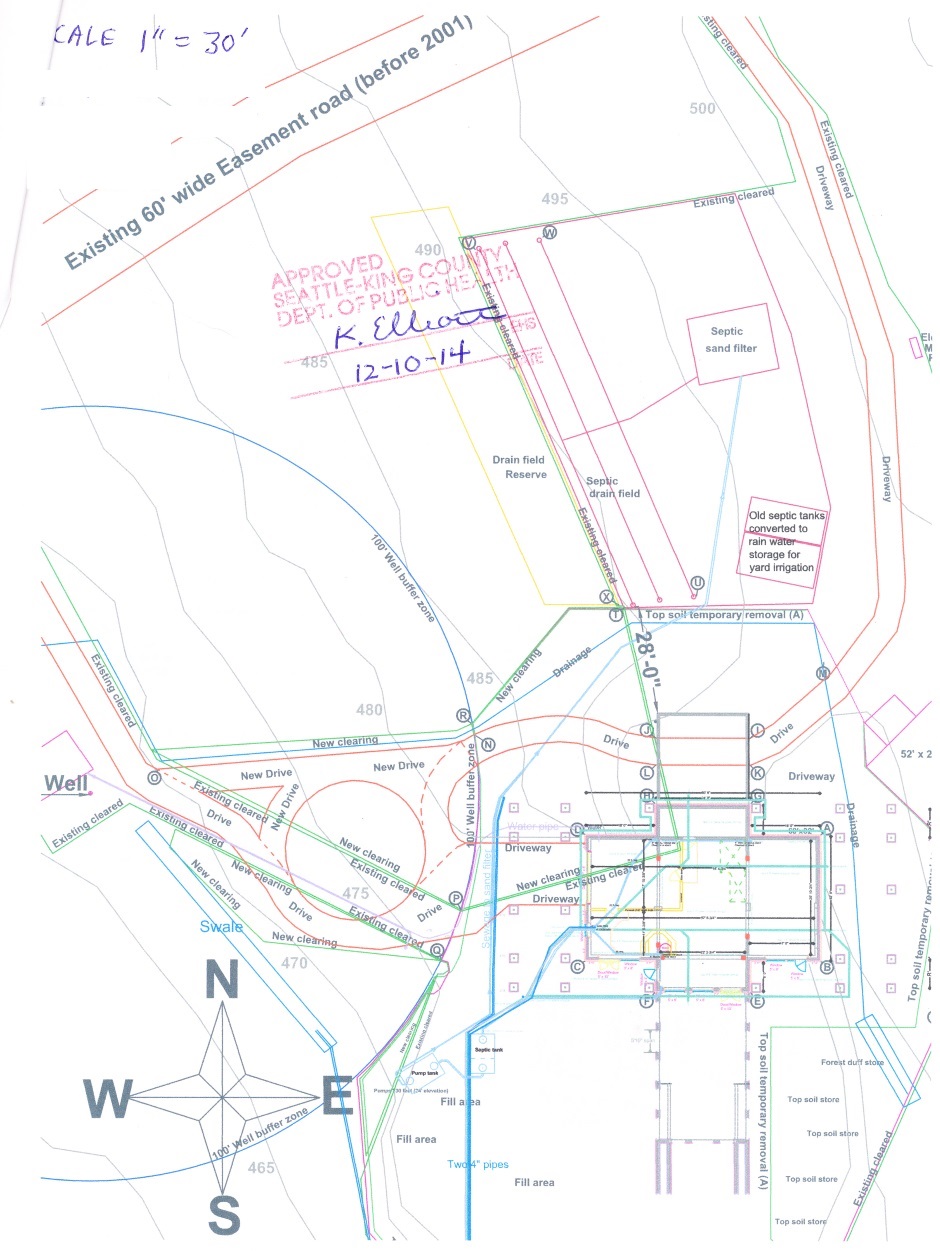 Note that the above sheet is important because it is a signed sheet that includes the words "Old septic tanks converted to rain water storage for yard irrigation".  Without this signed note the Licensed Septic Installer company would be required to smash the existing concrete tanks and fill the remains with soil. 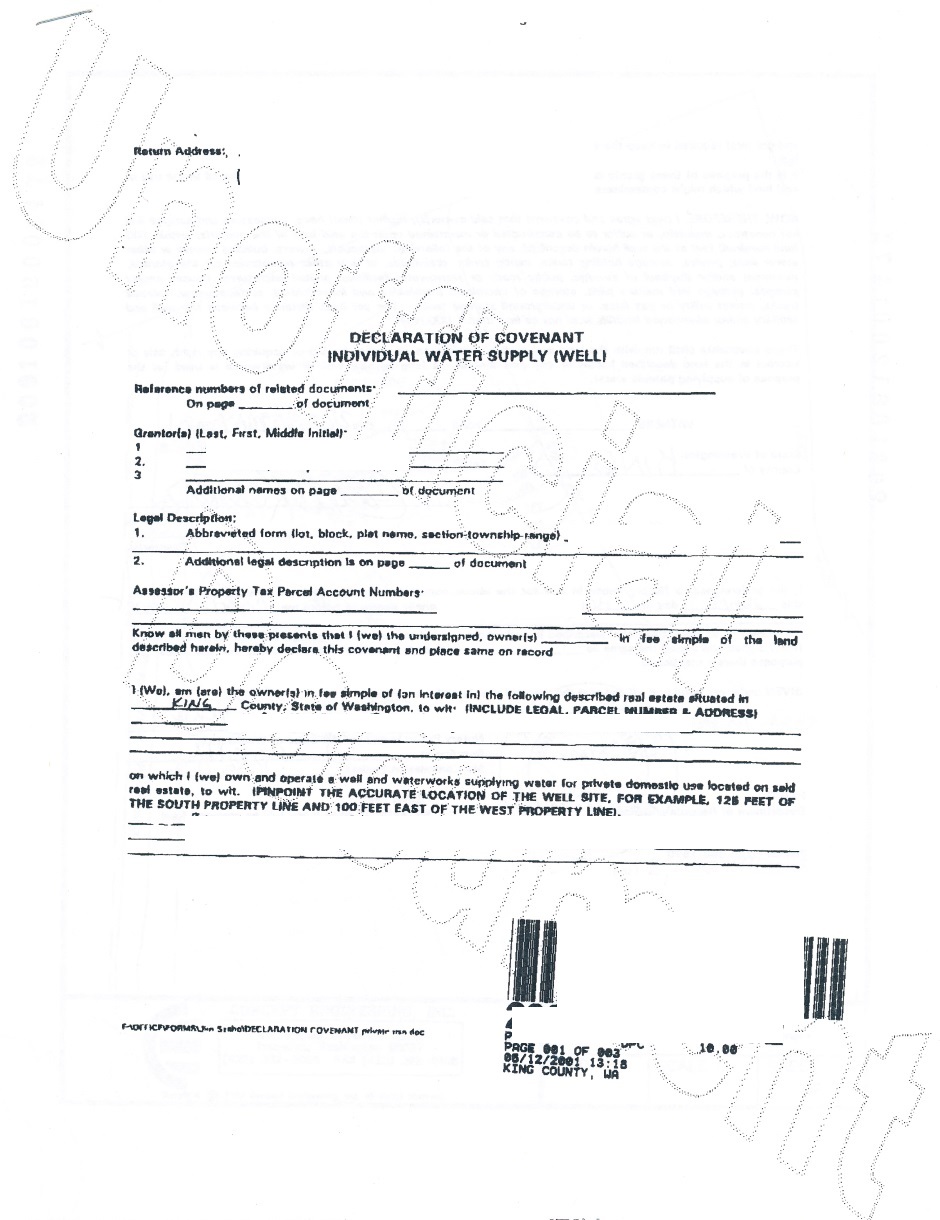 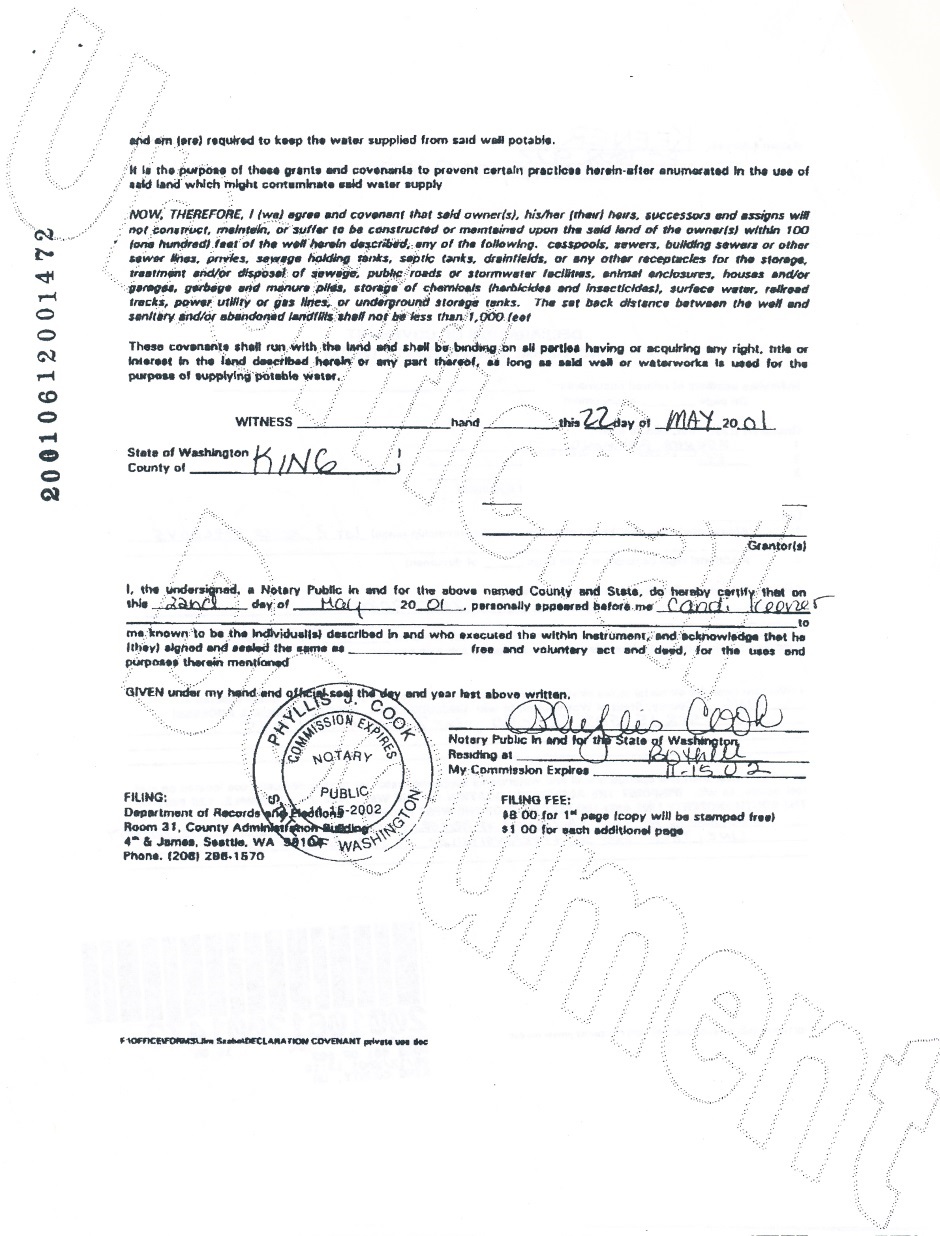 In the submission you need to include a test report to show that the well water is not contaminated... 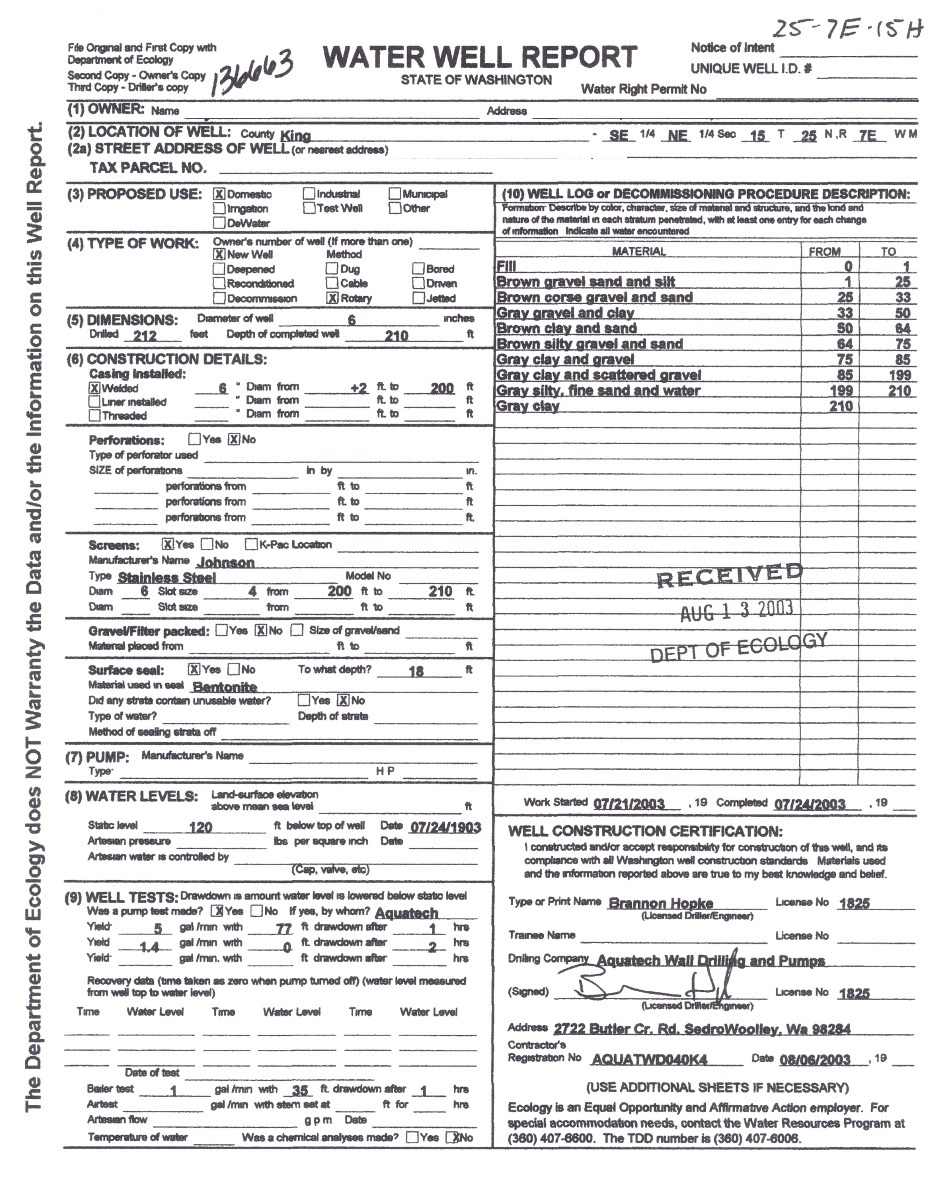 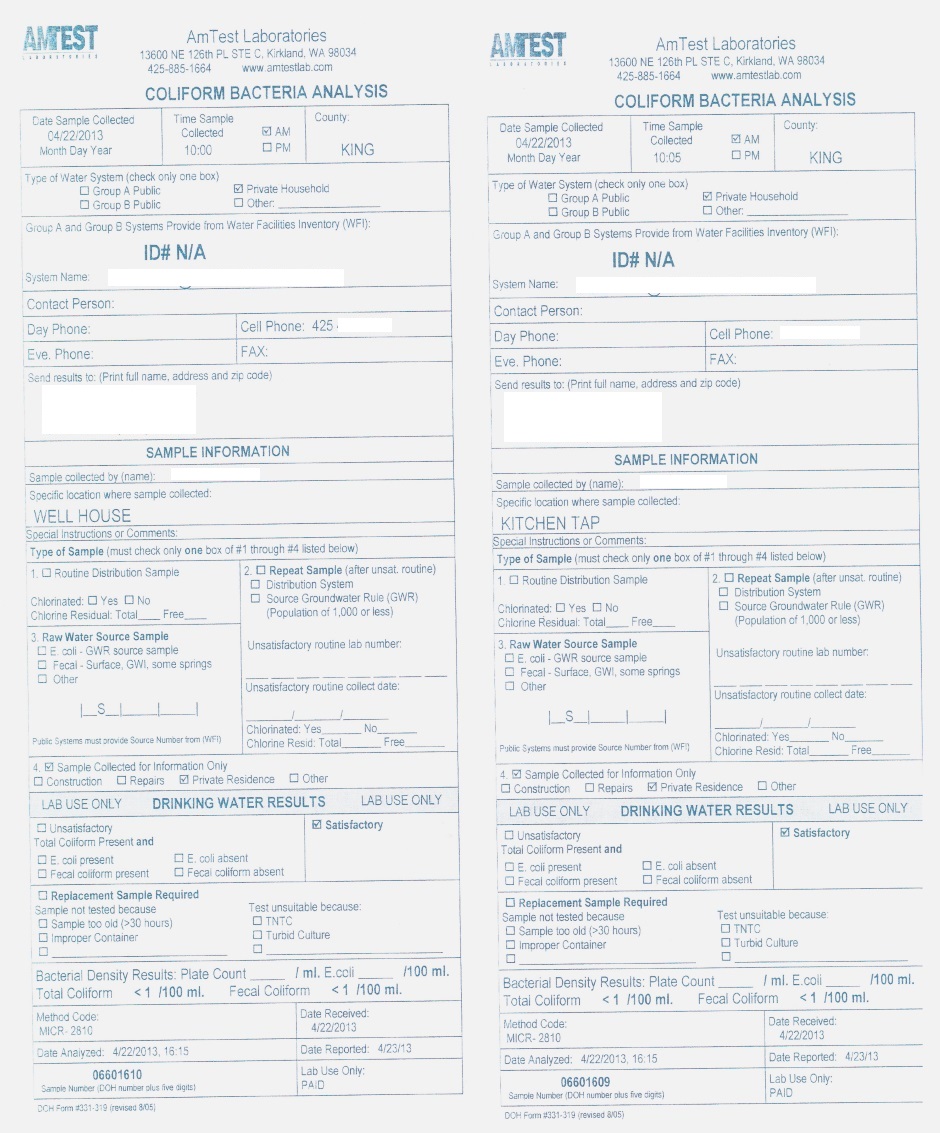 The submission needs a copy of the annual septic inspections that you have previously had performed.  (There is actually a law that says all septic systems in Washington stage must be inspected by a licensed septic guy once a year.) 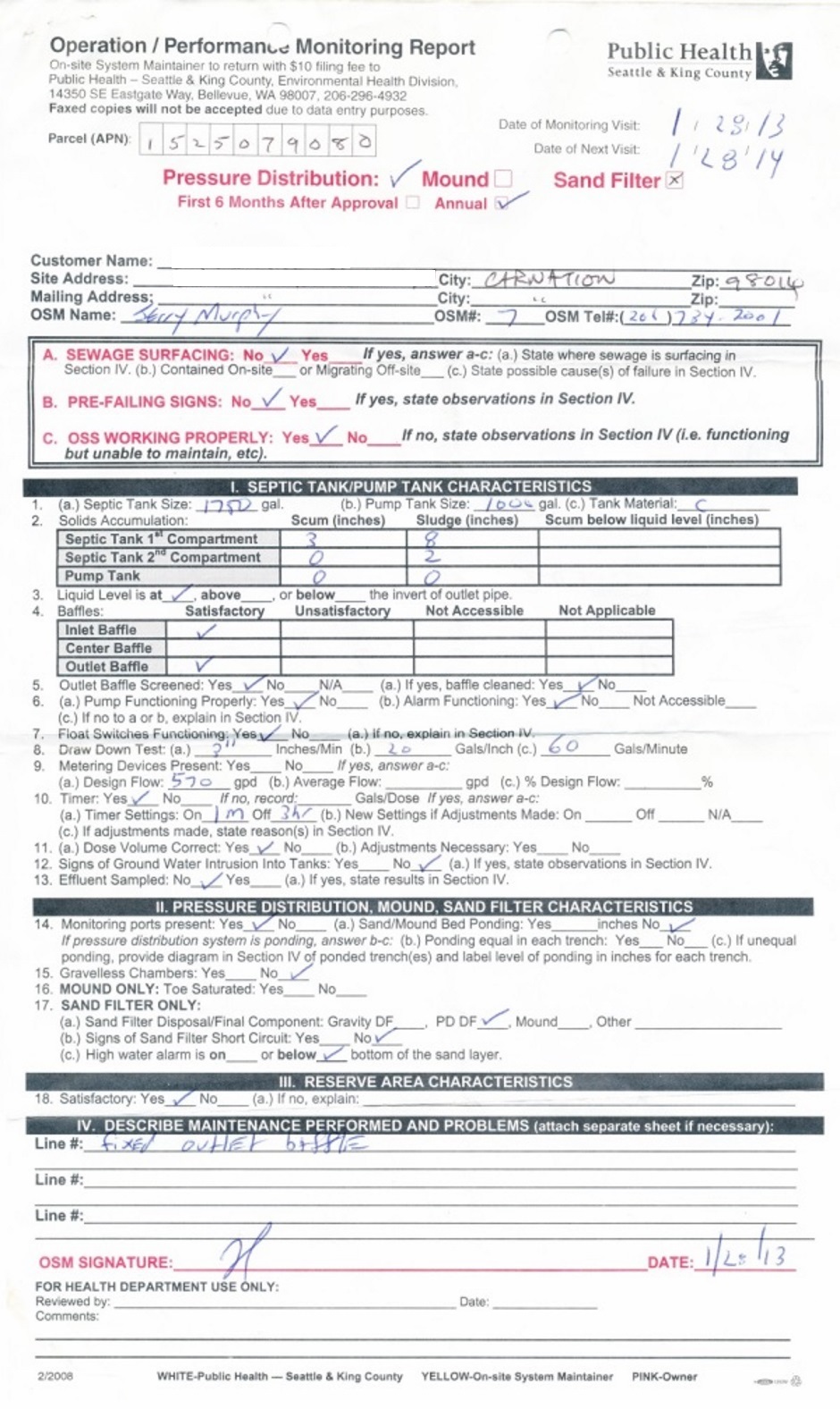 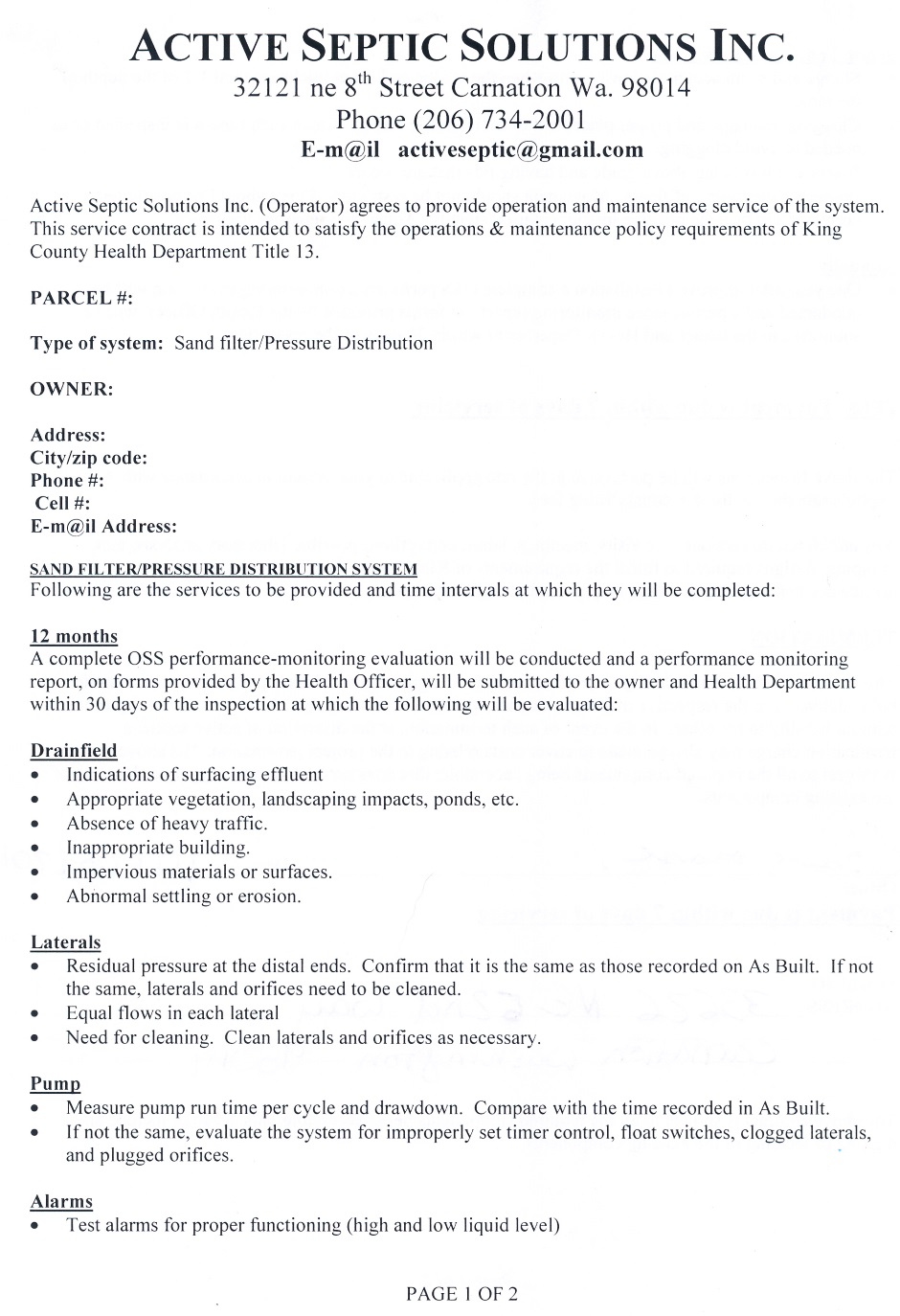 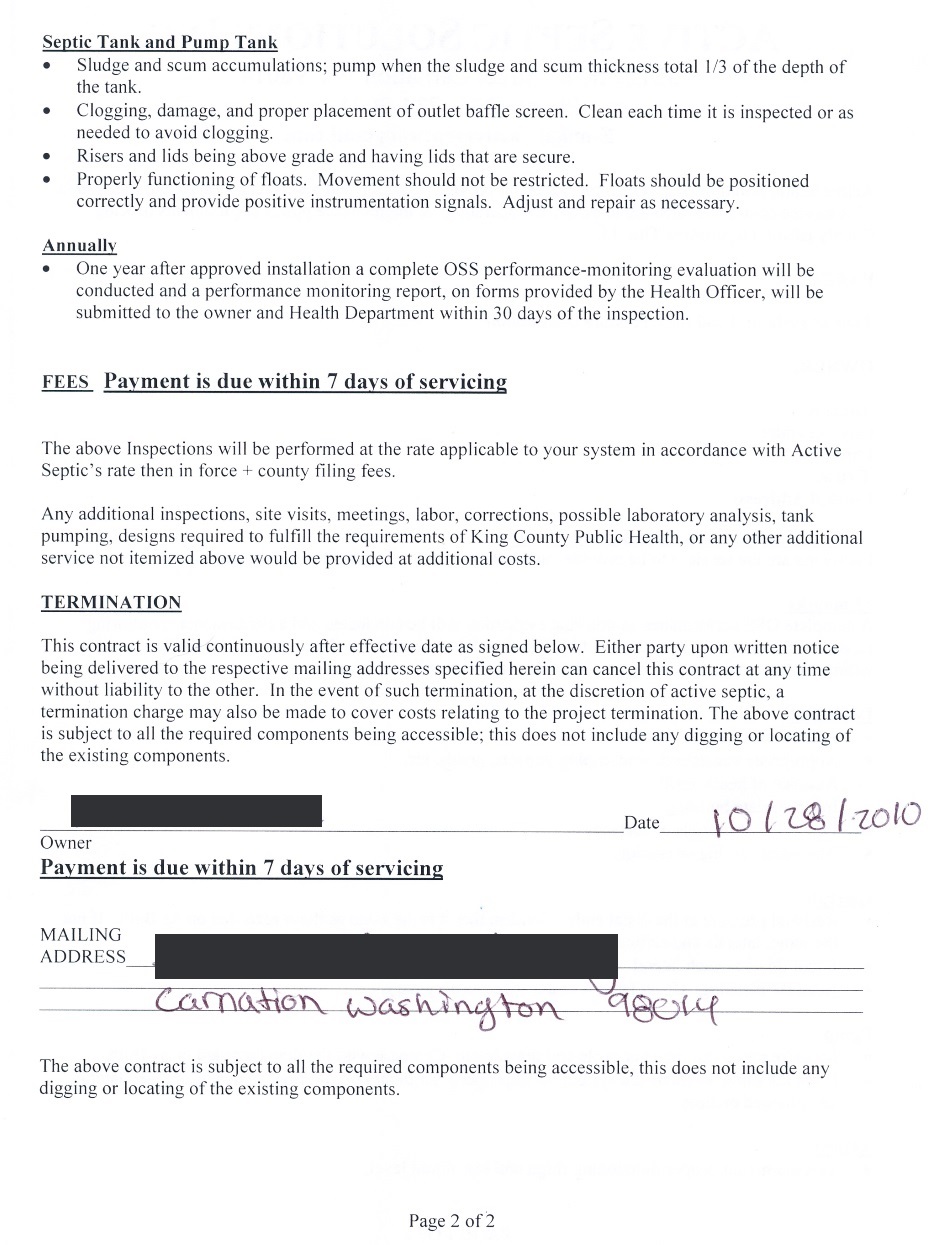 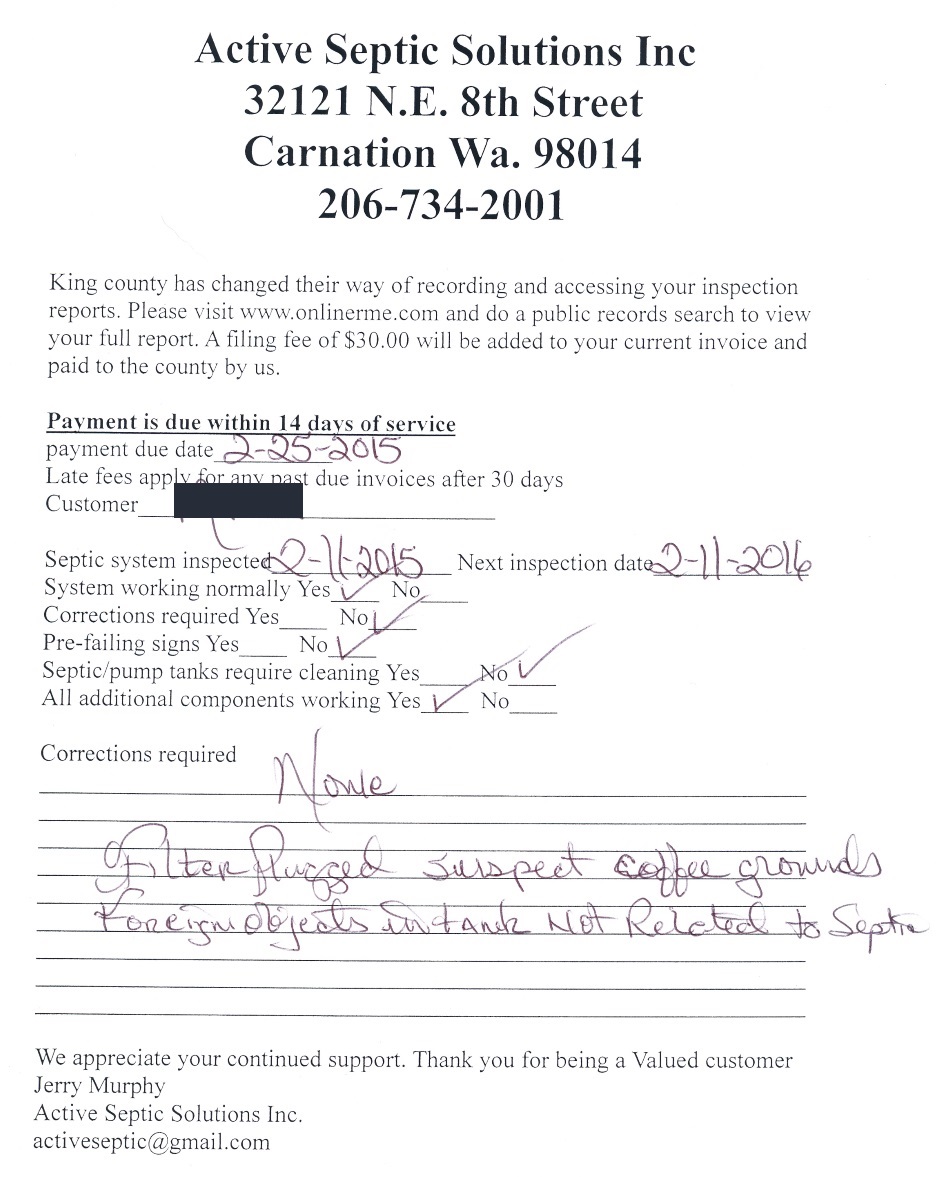 The submission needs the floor plans for the house so they can see how many bathrooms and sinks there will be in the house... 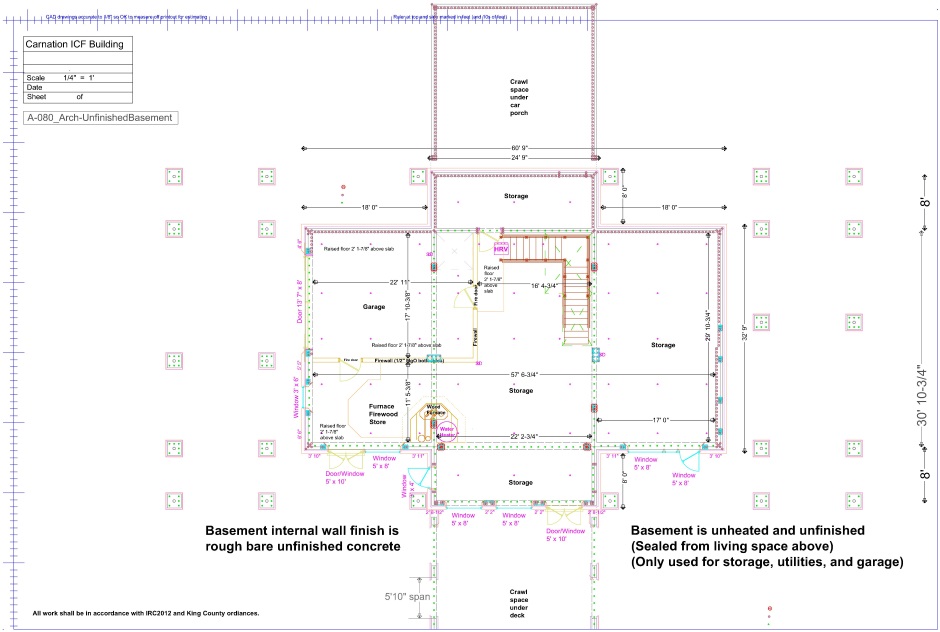 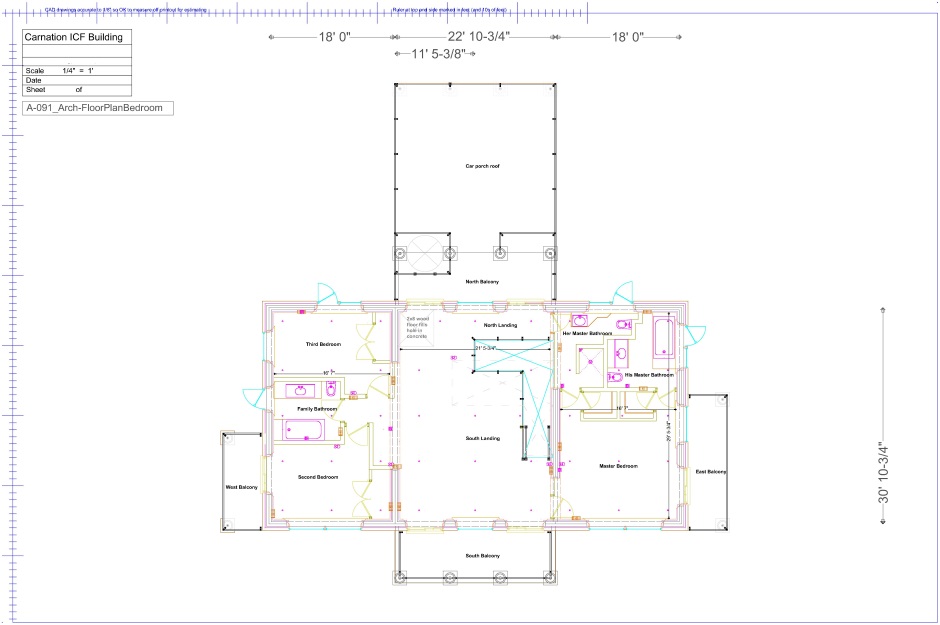 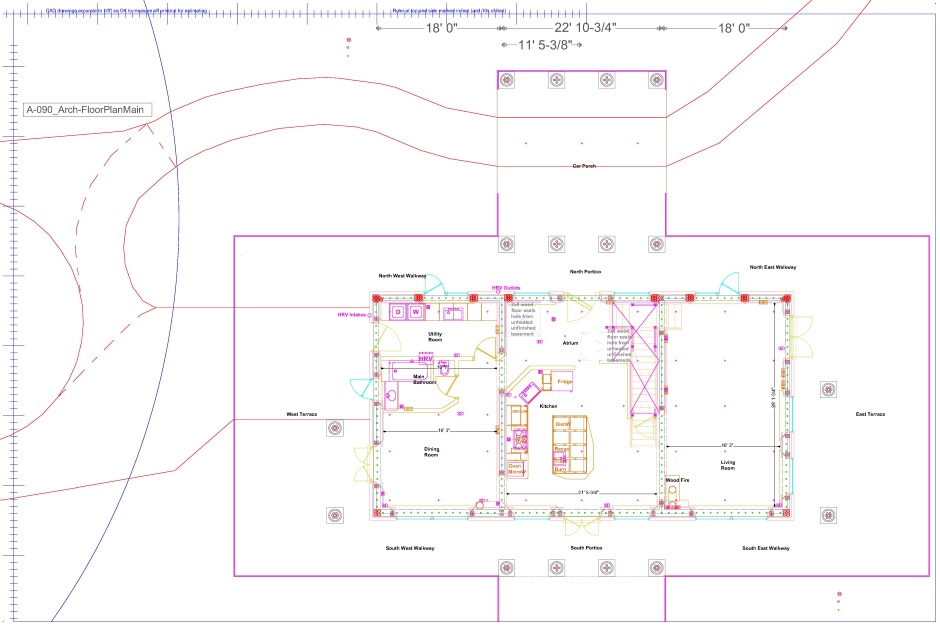 The submission needs to include the "as built" for the existing septic system... 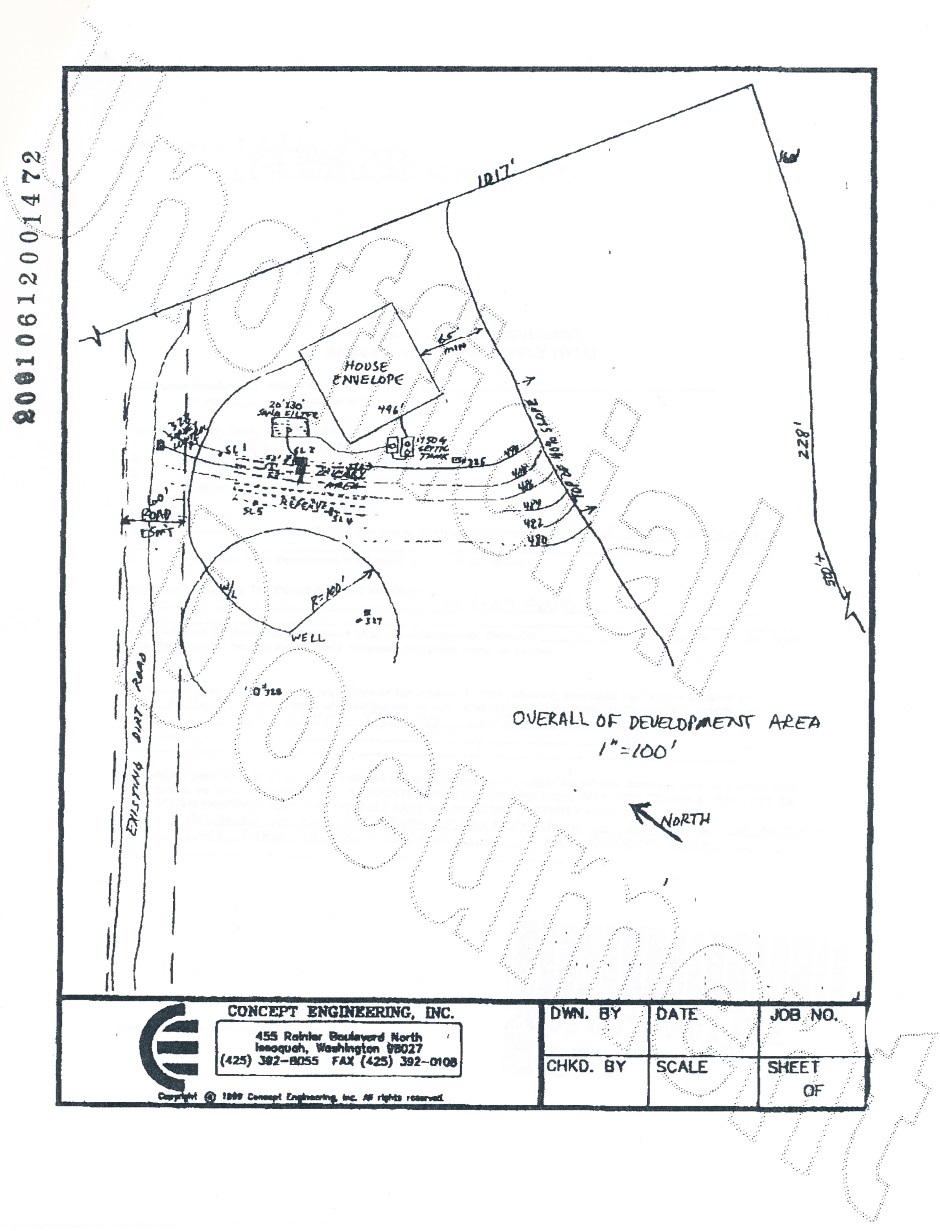 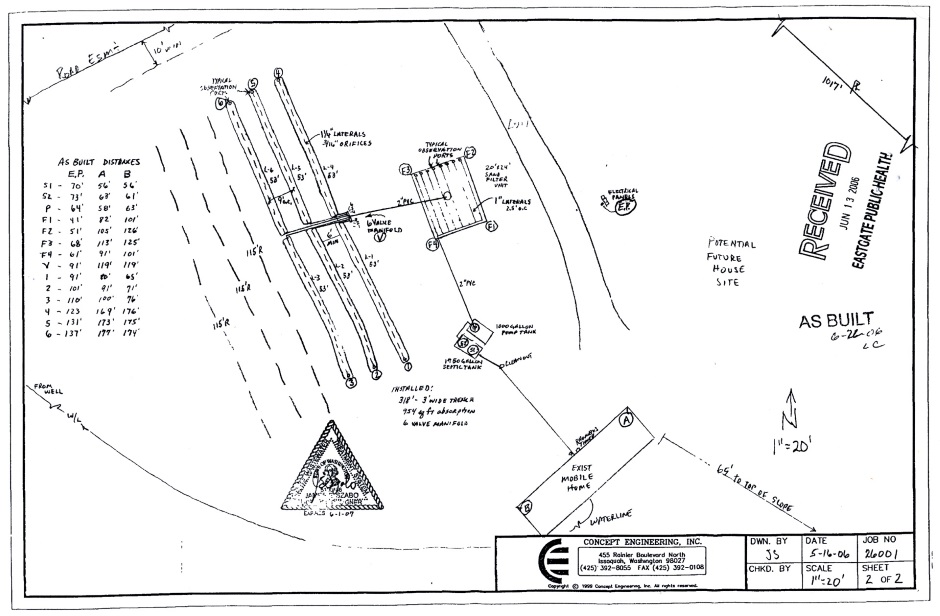 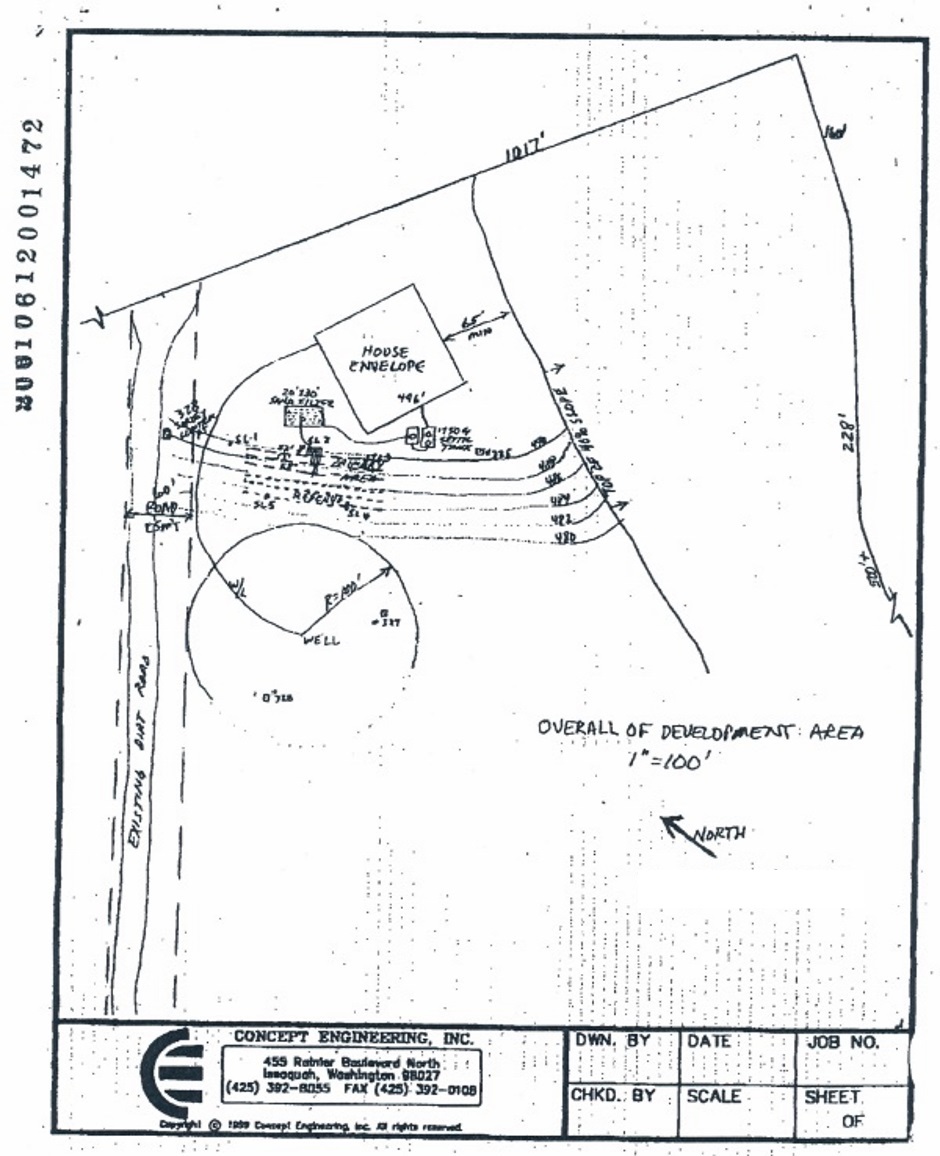 And last but not least the actual proposed design (submitted separately by the Licensed Septic Designer) needs to form part of the submission... 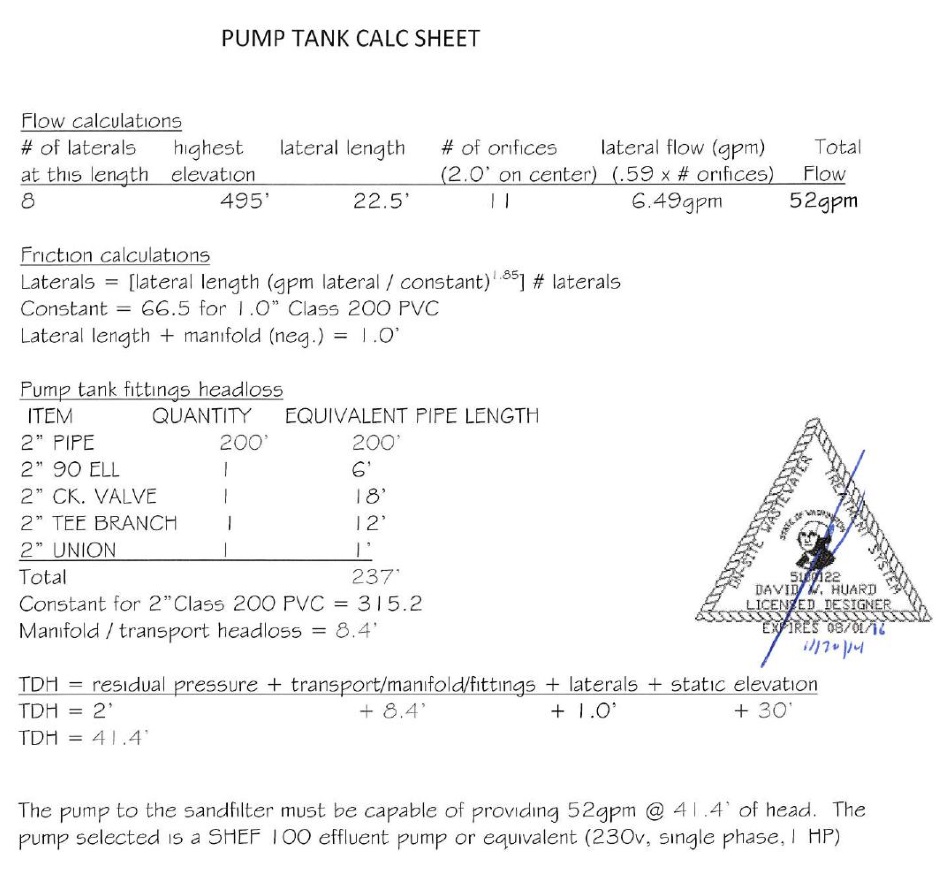 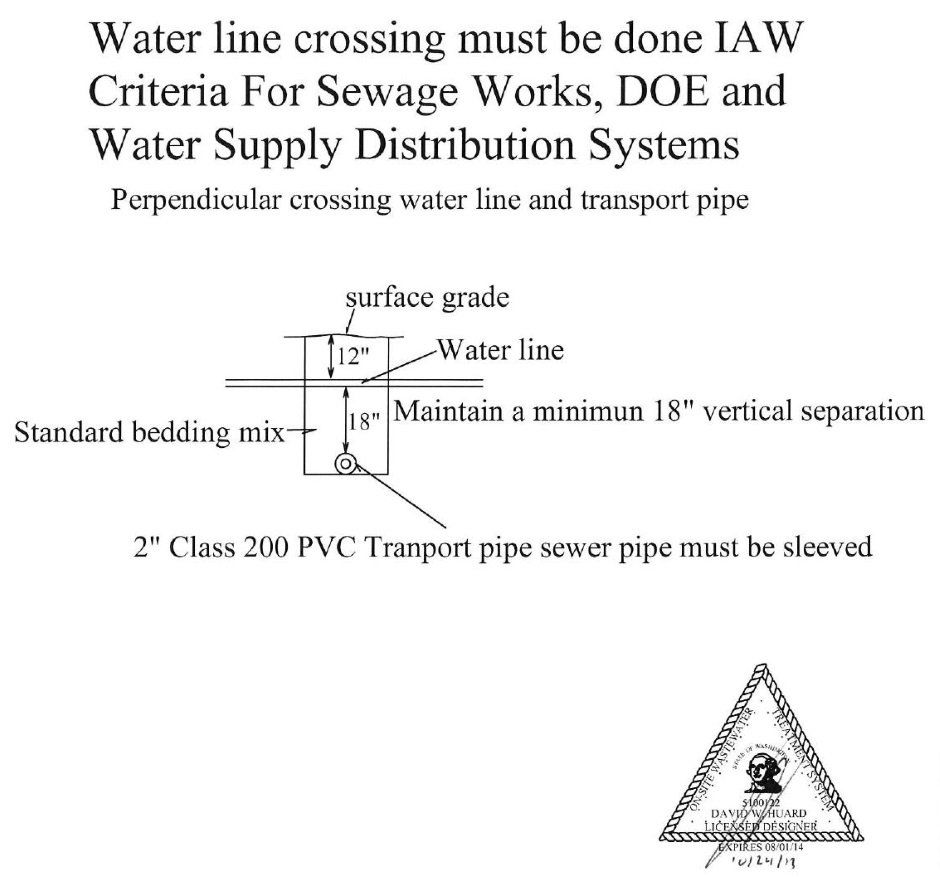 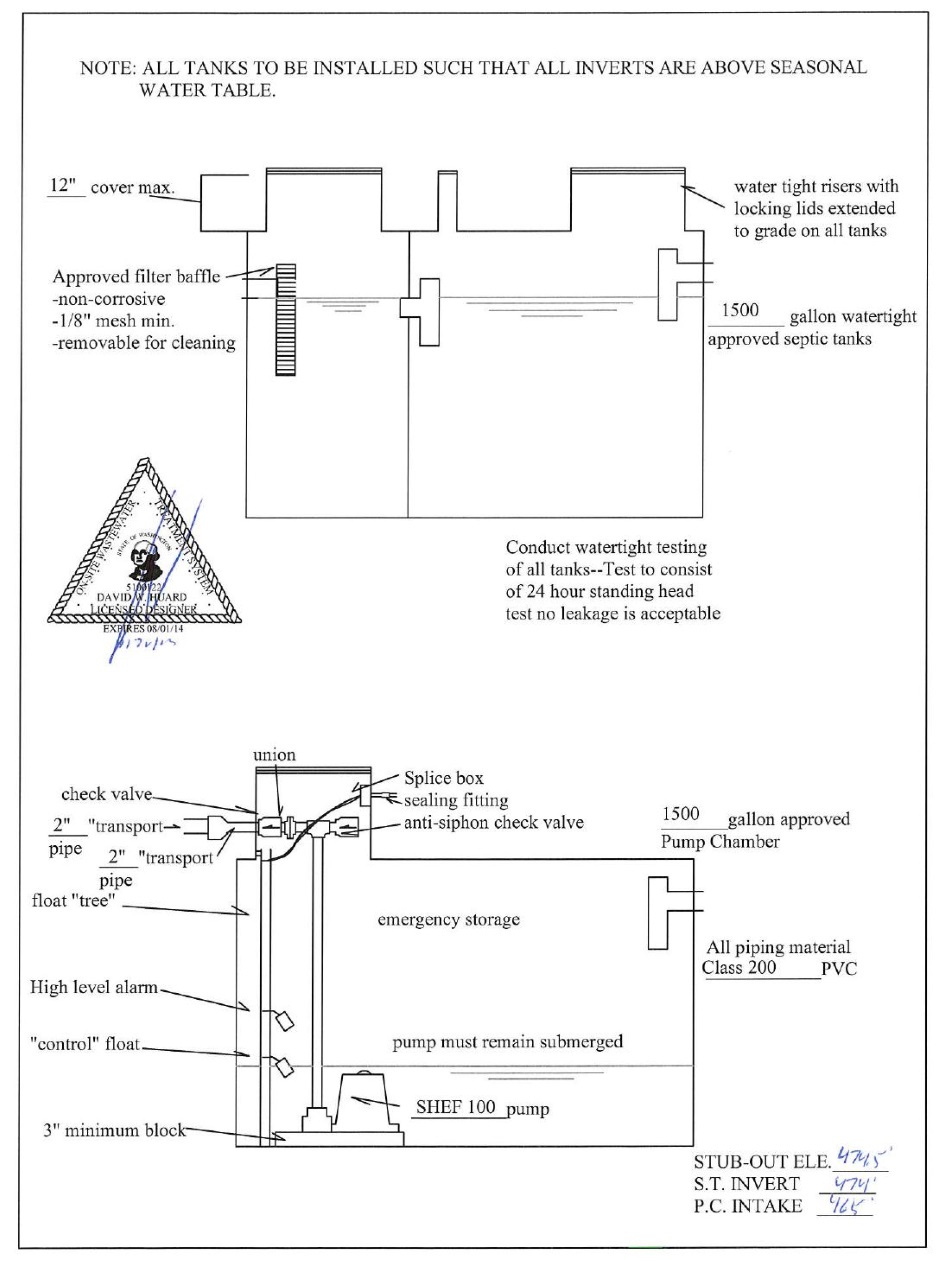 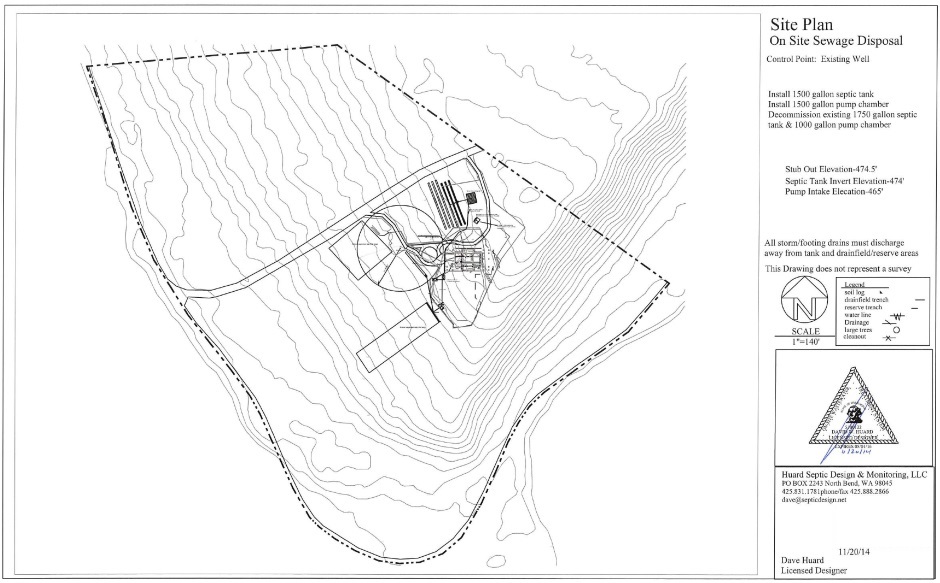 If the submission of the proposed design is successful then you should get an email and a copy of you submission with signatures and approval stamps.  The approved proposed design is needed to give to the planning department before they will start the process of reviewing your house building permit application. 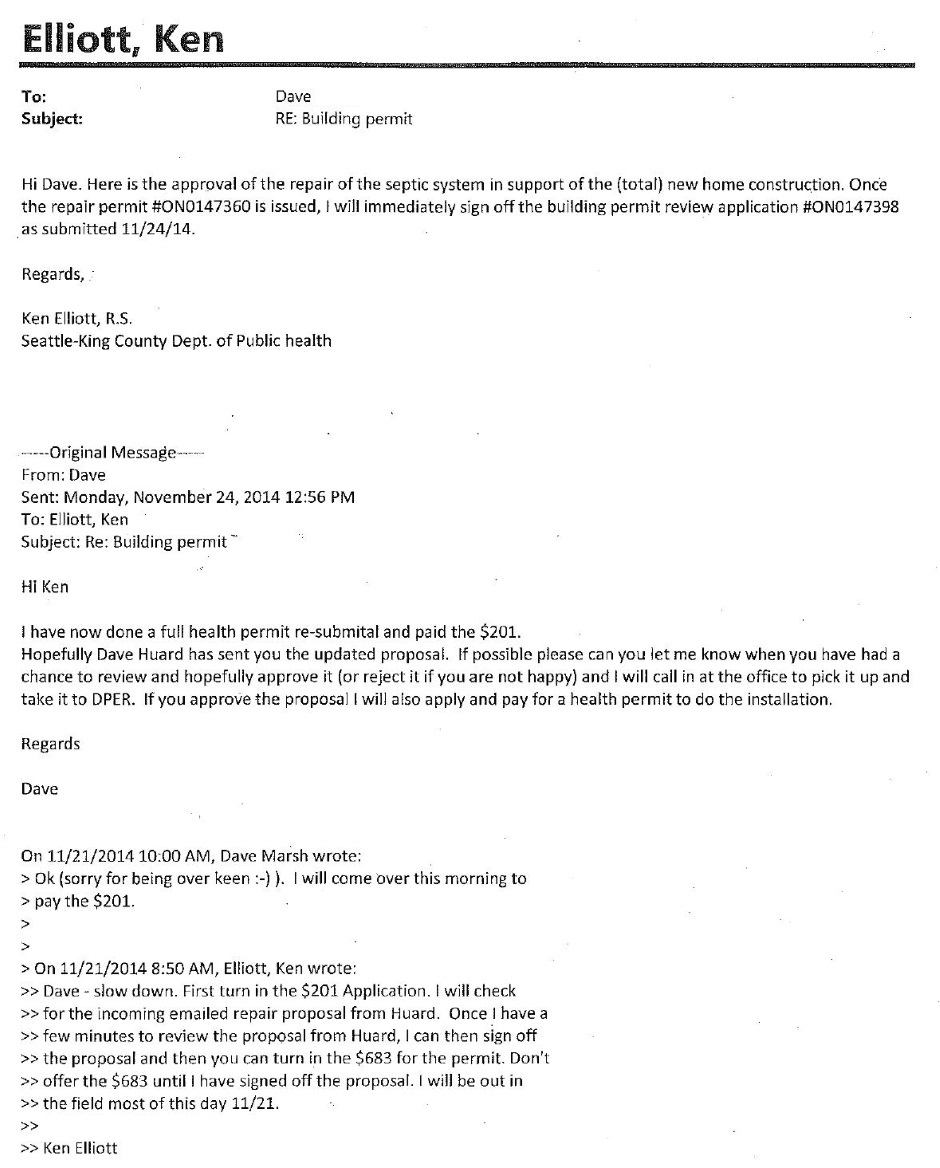 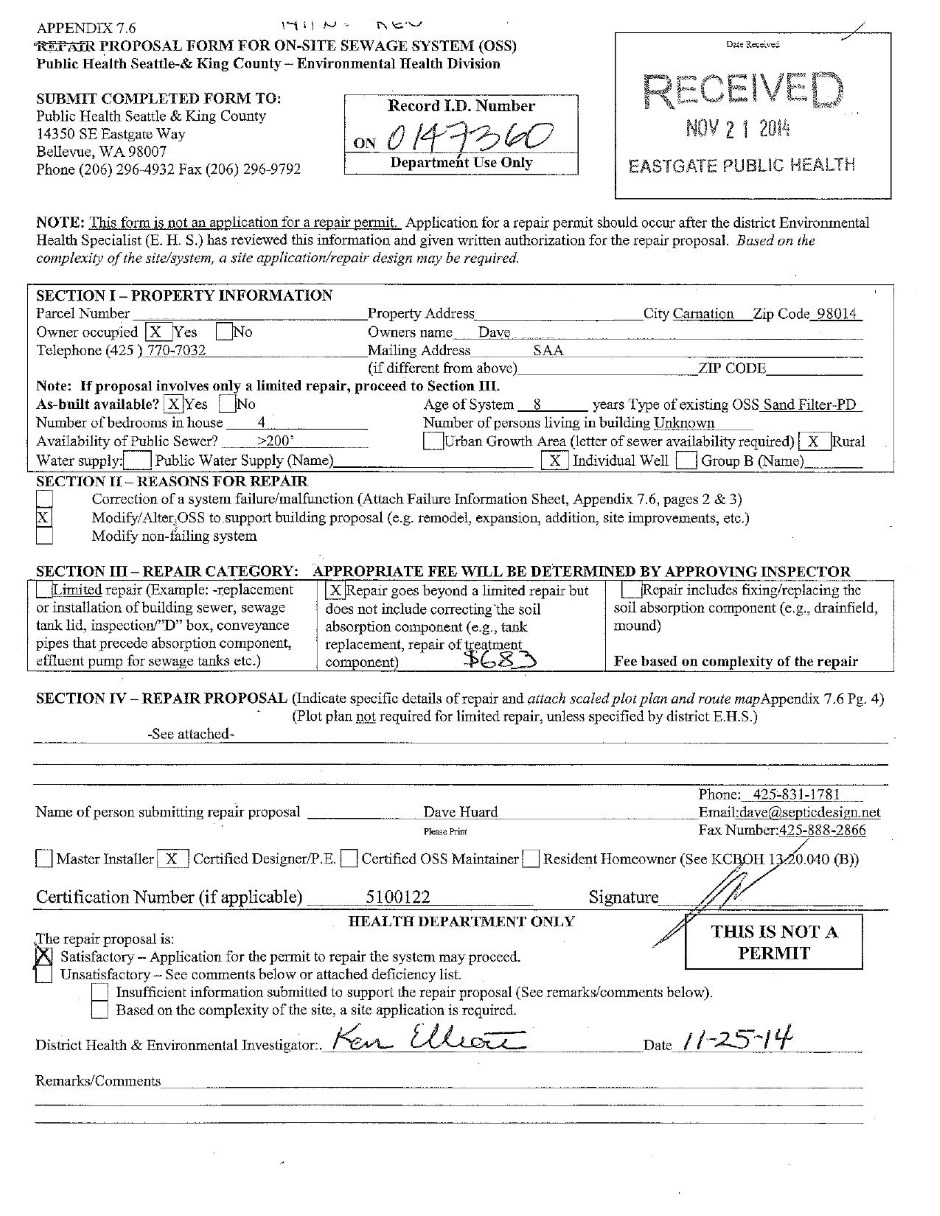 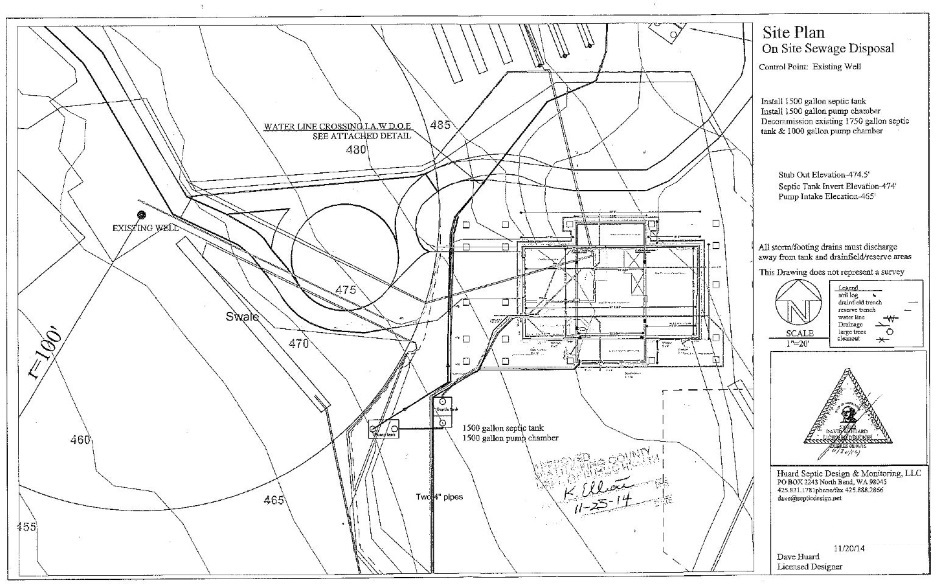 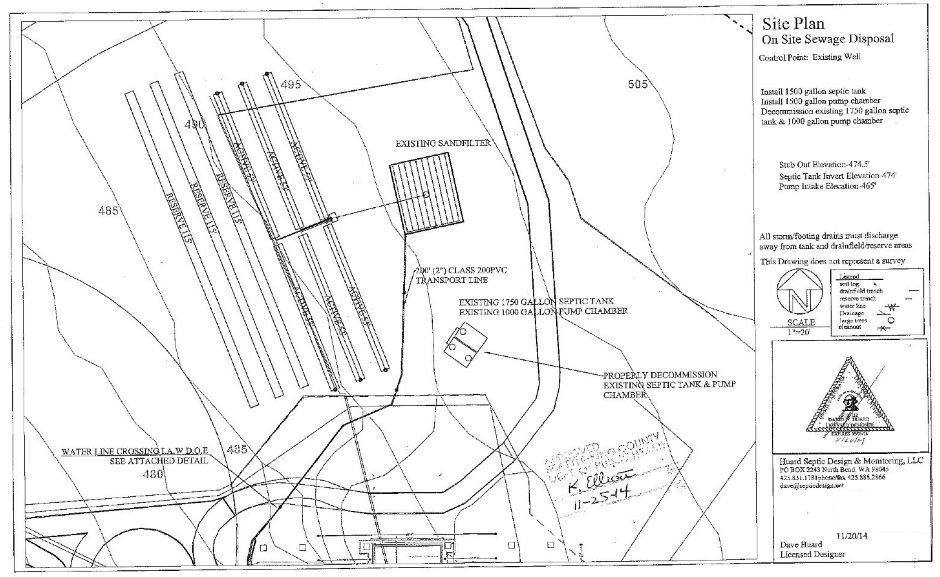