These are the principles that apply to all of the rebar positioning and securing.

There are two options for tying the rebar.  Either plastic cable ties or wire.  I use cable ties.  The argument for cable ties is that they will not rust.  I find cable ties are quicker to use than wire.  If using cable ties then it is sensible to use strong ones.  Regular tie wraps are rated at 18 - 50 pounds, but for rebar tying I recommend using at least 60 pound rated.  For really critical joins you can even use 120 or 175 pound rated, but that's overkill.

Details on where to get cable ties can be found here . 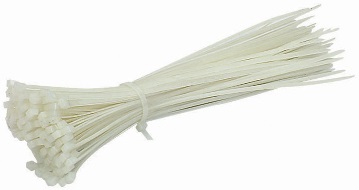 Use wire cutters (both side cutters and end cutters) to cut off the tails, but typically leave half an inch of tail in case you need further tightening later.

To support the rebar the right distance from the bottom of the footing trench and over the slab, it is necessary to use what are called "chairs".  The easiest and most cost effective chair to use is a thin plastic one such as these plastic rebar chairs .  You want ones with a wide base so that the force is better taken by the EPS polystyrene sheet underneath. 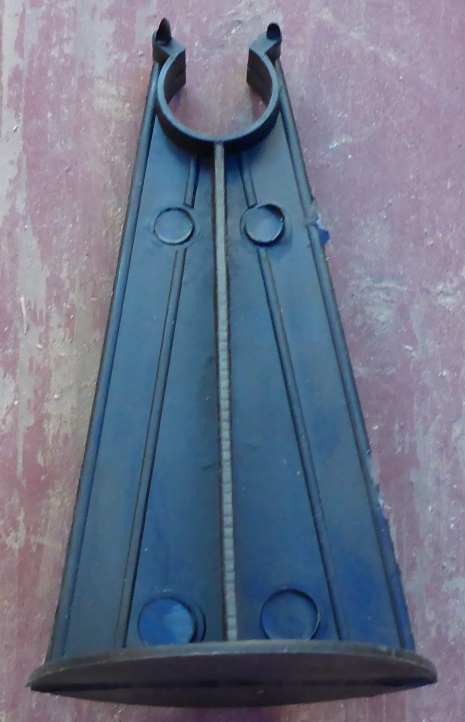 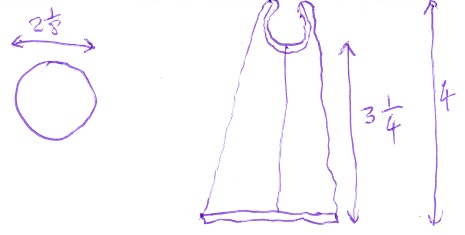 These plastic chairs can also be purchased in a version that is 1" shorter, ie 2-1/4". 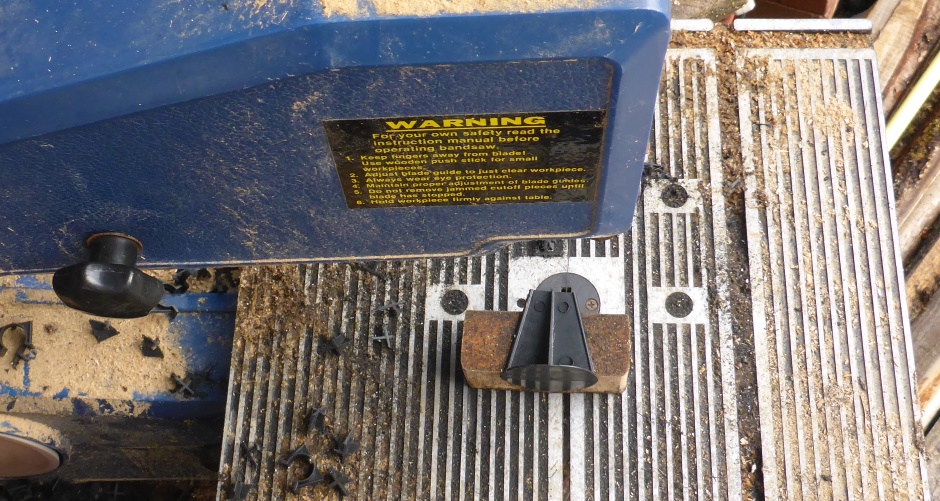 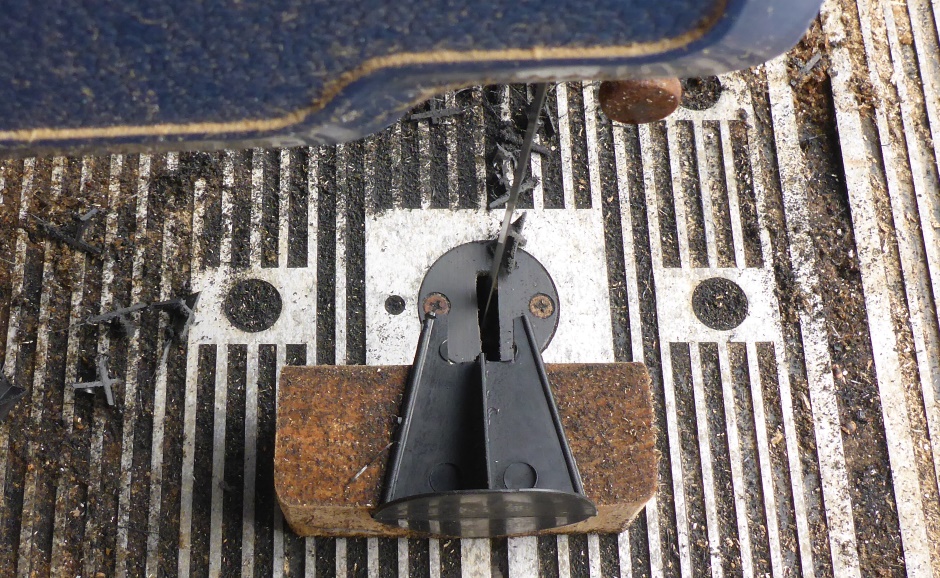 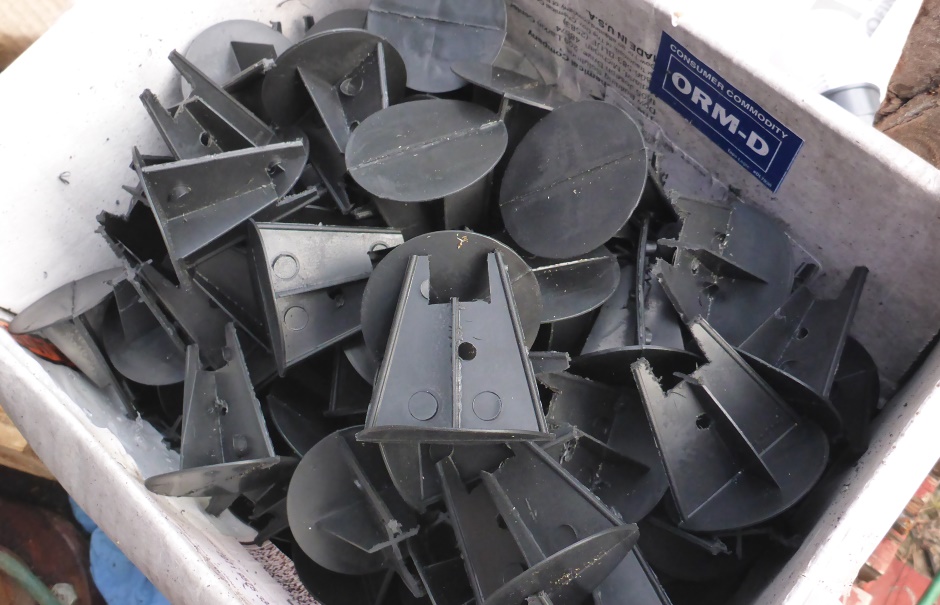 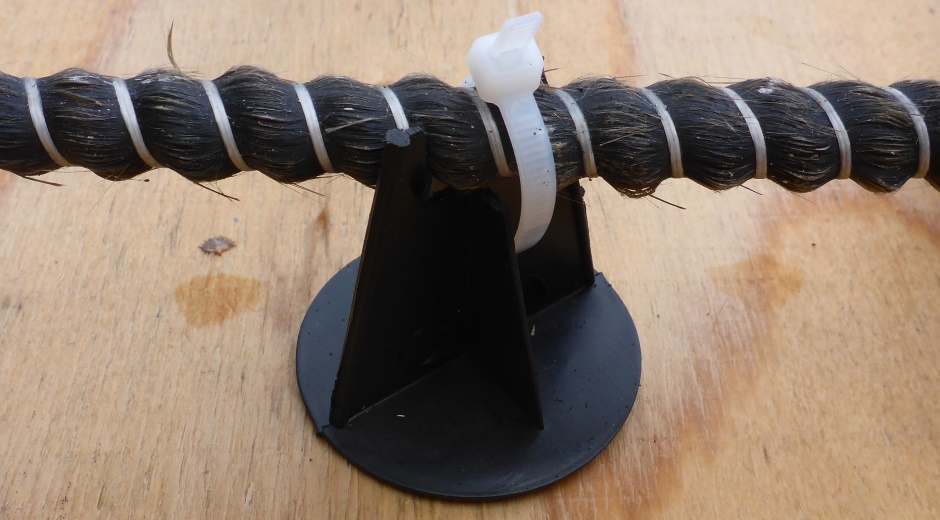 Spacing rebar off the walls

It is necessary for the rebar assembly to not move about in the footing trench.  It would be particularly bad if a sharp end of rebar were to puncture the waterproof membrane.  The solution is to use rebar chairs horizontally to the wall of the footing trench.  On a stirrup they are attached using a cross formed by two cable ties and then some PL-Premium adhesive to stop the position rotating.  A chair can also be tied onto the end of a rebar straight using a cable tie through a drilled hole. 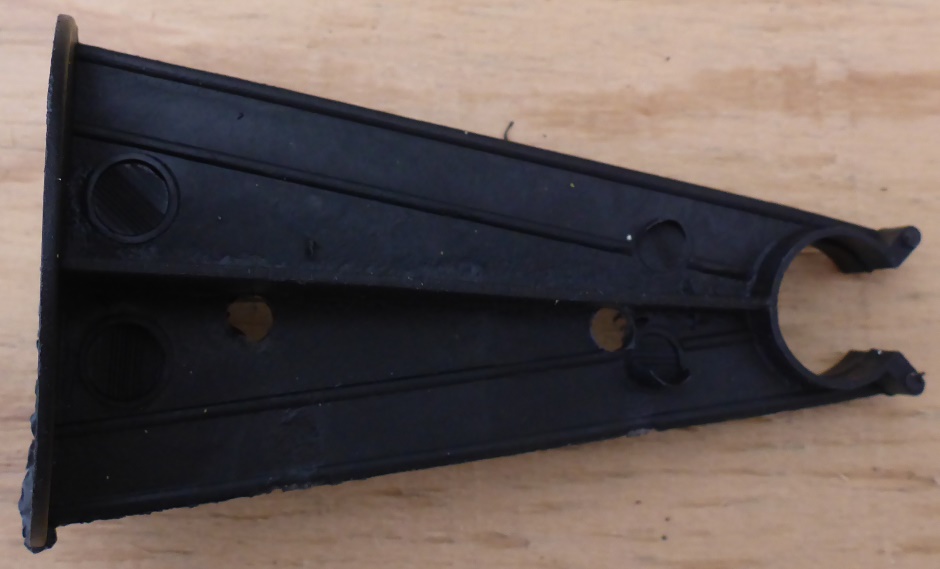 You can also use PL-Premium adhesive over the cable ties to make it very secure.

Cut rebar is very sharp and also will impale you if you fall on it, so OSHA (Occupational Safety and Health Administration ) requires safety caps.  They are made of high impact plastic with a metal plate embedded in them.  They need to be OSHA compliant to guard against impalement.  Detail on purchasing is here .  Put them on any pieces of vertical rebar as soon as they are placed. 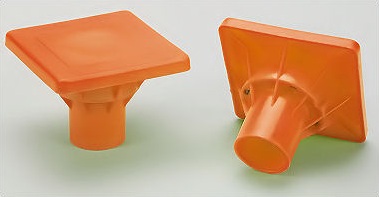 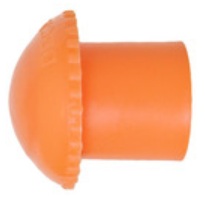 Even when using safety caps, it is important to also wear protective eye goggles or glasses because the cut ends of the cable ties used to secure the rebar can also do you a lot of damage.