The first waterproof membrane is primarily a backup and a termite and radon barrier.

This is the first of the membranes that line the entire underground area.  It is primarily to stop termites getting to the main layer of polystyrene.

It is implemented such that any radon gas caught by it is prevented from seeping upwards while at the same time stopping termites from digging up through the bottom.

The membrane needs to be something tough enough to stop termites, and 6 mil polyethylene sheet is one step up from landscape fabric.  To catch radon gas, the polyethylene needs to be tightly sealed at all the high points, ie over the slab areas.  Holes in the membrane at the bottom of the footing trench are of less consequence, but I still try to avoid puncturing or ripping it.

Once the sheet is installed you will need to use a pump to remove rain water from the footings.

Even though not as critical as the official vapor/water membrane that gets added later, it is still good to avoid joins.  For the slab areas you want to try to get a good gas-tight seal.  See here for purchasing details of large polyethylene sheets. 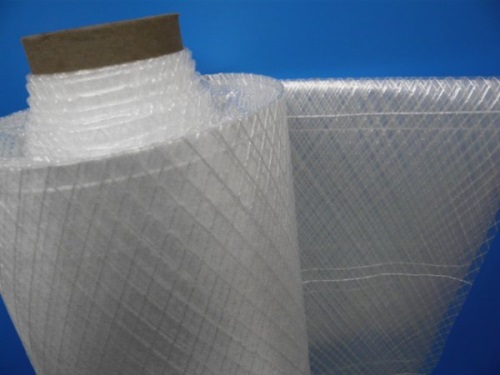 Note that you will need to purchase two custom sheets as there are two polyethylene membranes used in the foundations.  You will want to have them shipped together to save shipping costs.

Leave a bit of slack (say 2" either side of the footing and 2" at the bottom of the footing trench) in the 6 mil polyethylene sheet to allow for some settlement movement and to ensure the polyethylene is not stretched when you add the EPS.  Some creative crumpling and folding is needed at the corners.

We are not looking for neatness in the folding of the sheet.  The important thing is that it forms a continuous gas tight membrane (in the high areas).  We do NOT want to cut the sheet to achieve neat folds.  It's infinitely better to have crumpled up spare flaps rather than cutting to achieve neatness.

The spare round the edges can be laid over the sides of the outer upper Form-a-drain and rolled up out of the way. 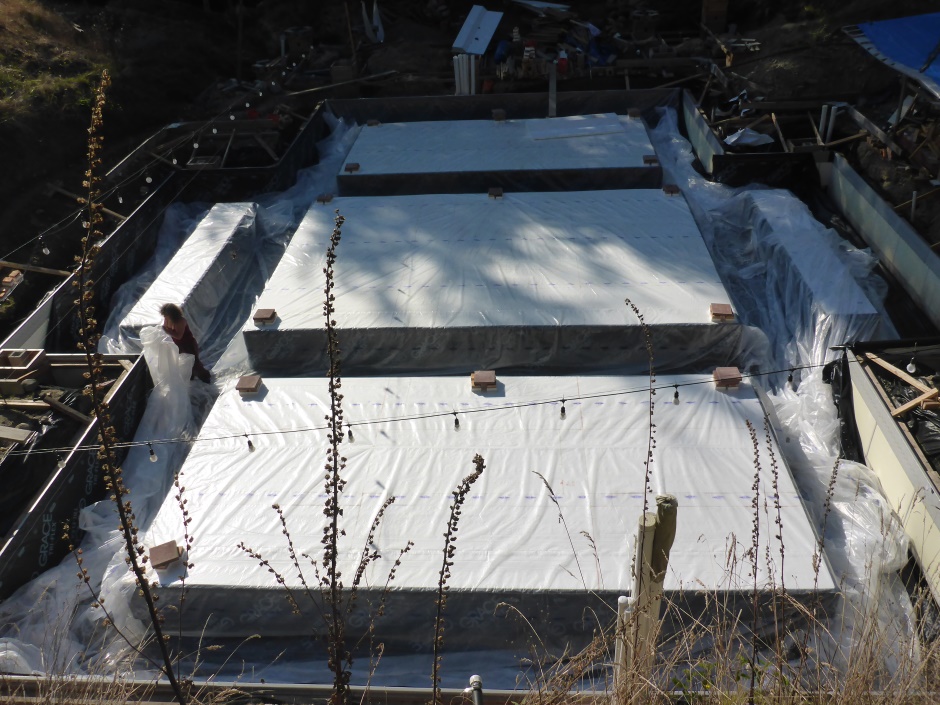 If you have pipes coming through the slab (eg sewer or a radon vent) then you need to cut openings to allow the pipes to come through.  Cut a cross in the 6 mil polyethylene sheet at the carefully figured out place, but keep the cutting to an absolute minimum as we are aiming for a sealed membrane.  Gently forcing an under-sized cut cross over the pipes will nicely stretch the 6 mil polyethylene sheet to help form a good seal.  The flaps of the cut cross should face upwards around the pipe so they can be taped.  Leave a bit of extra slack in the polyethylene sheet between the pipes.